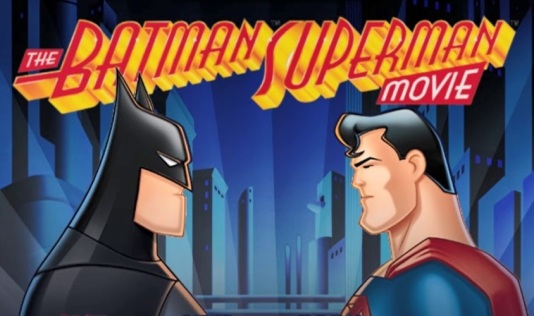 As last week’s crossover episode alluded to, the good brothers detail a very special crossover event in this week’s episode of the DCAU Review. As promised, episode 19 covers “World’s Finest”, aka the first official Batman/Superman interaction in the DCAU. On this week’s episode, the fellas talk the voice acting “Dream Team” assembled for this episode, some inconsistent and rather infuriating animation, how this episode still holds up under the pressure of nostalgia, plus the introduction of THREE new sound effects! All of this and your weekly episode scorecard!

Continuing with their theme episodes, Cal & Liam start on the road to Apokolips in this, their 13th episode. The brothers review Tools of the Trade, which lays the groundwork for some of the most intense episodes of Superman: The Animated Series, with the introduction of Jack Kirby’s Fourth World characters. While this episode deals more with what’s happening on Earth, it gives viewers a sneak peek at future mega-baddie Darkseid. The second reviewed episode, Father’s Day, introduces the audience to Darkseid’s son, Kalibak and give Cal & Liam a chance to discuss whether or not he’s a sympathetic character. The brothers discuss the normal categories as well as the #DumbKents, Darkseid’s cool heel bad guy, and a lack of musical themes for villains thus far compared to Batman: The Animated Series.

THE DCAU REVIEW
Blog at WordPress.com.